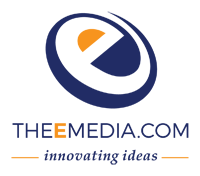 Poverty is a curse. Pakistan is a poor and under developed country. Most of its population lives in entirely adverse circumstances.  Some reports reveal that more than forty percent population of Pakistan lives below the line of poverty. Four out of 10 Pakistanis are living in acute poverty with the population of Balochistan faring the worst among the provinces, according to Pakistan’s first-ever official report on multidimensional poverty.

A large number of people in our country do not have proper place to live, this miserable condition has given birth to a large number of beggars and needy people who live on the charity of the rich people. The economic condition of an average individual is very pathetic. Poverty; hunger and unemployment afflict a large section of population. The causes of poverty are quite obvious and known.

A STUDY on poverty has brought Pakistan face to face with a reality that it will find hard to accept: every third Pakistani is caught in the ‘poor’ bracket i.e. some 58.7 million out of a total population of 180 million subsist below the poverty line.

This includes more than half the population in the forever remote Balochistan, 33 per cent in Sindh, 32 per cent in Khyber Pakhtunkhwa and 19 per cent in Punjab. These are daunting figures. But they are much needed for planning.

The Reasons of Poverty

Poverty is the parent of revolution and crime. It is not natural it is man-made and can be reduce by justice and quality education because the best way to end poverty is to empower people through access of quality education. Moreover, if we can’t feed the people but at least we have to fund a war against this cause because it’s time to restore humanity.

The E Media Private Limited Company is a socially responsible organization that has been contributing to economic development of the country while improvising the quality of life of the people in Pakistan and eradicates hunger & poverty.

The E Media is actively involved to increase employment opportunities in Pakistan by providing technical skills to workforce and fresh students.

The following areas are the focus of The E Media CSR Plan: